SKG Radiology continues to treat the current COVID-19 risks very seriously. The welfare of patients and staff is our first priority and we have policies and procedures in place to ensure their safety. As the current alerts are changing daily, some of our services may be impacted. SKG Radiology will continue to follow the WA Health Department guidelines.

Symptoms of COVID-19 can include fever OR an acute respiratory infection, cough, sore throat, fatigue and shortness of breath, with or without a fever. If you have these symptoms, please delay your visit until you have recovered, as you may be refused service otherwise. 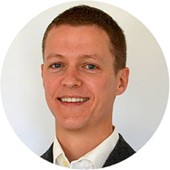 Dr. Galvin graduated with honours from University College Cork, National University of Ireland (2003). Upon attaining his medical degree he pursued five years of clinical and research training in general medicine and neurology, culminating in both Membership of the Royal College of Physicians of Ireland and the awarding of a Doctorate in Medicine by the Royal College of Surgeons in Ireland. He completed his general radiology training in Dublin in 2012 and thereafter undertook a one-year fellowship in interventional neuroradiology in the National Centre for Neurosurgery in Ireland followed by a two-year fellowship in diagnostic neuroradiology at Duke University, North Carolina, USA.